The options are represented graphically by drawing in a Cartesian plane the value of the prize on the vertical axis (Y) and the values of the strike and the last price of the underlying in the horizontal axis (X).

Note: The strike value is highlighted at the point where the horizontal half-line stops and the inclined half-line begins. 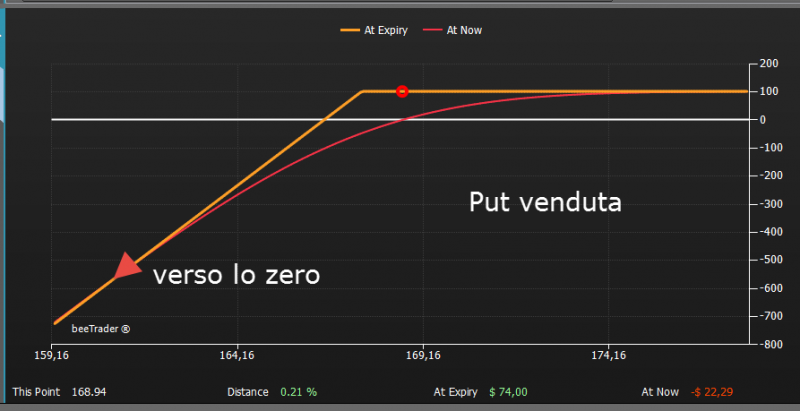 The payoff is the representation at expiry. If the trader needs to see it in a graphical format at any time during the life of the same, then even before the expiration, he will have to instead refer to the curve drawn in red.
This curve is called At Now (now) that is, at any time when you look at it, it represents the actual effective value of the option at that time.
This curve, over time, will tend to get closer and closer to the figure of the payoff precisely because time will erode the value of the contract, until it coincides and therefore overlaps with the deadline.

The payoff of a Calendar type strategy

When in a payoff representation one has to draw options with different dates, the drawing will take curvilinear forms leaving the half lines.

Let us ask ourselves this question: how can I design the payoff of two options assembled with an option that has a different expiry than the other option?

In fact, if you call payoff, at the end of the first one, the second option will still have life, it will not have expired yet and therefore I will not be able to design it as a payoff but rather as At Now. In practice, the payoff of the shorter expiry with the At Now curve is added to the value that is assumed to have the longer expiry at the same time as the shorter one expires. 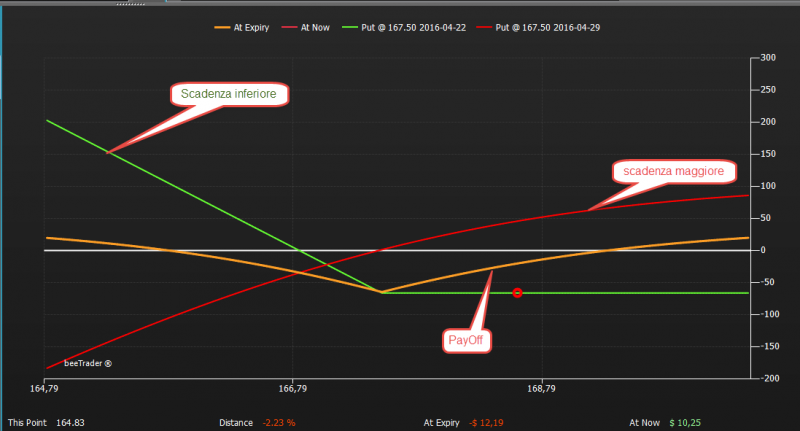 So if we put the two options in the graph, we will see that the largest, estimated deadline has a rounded shape. 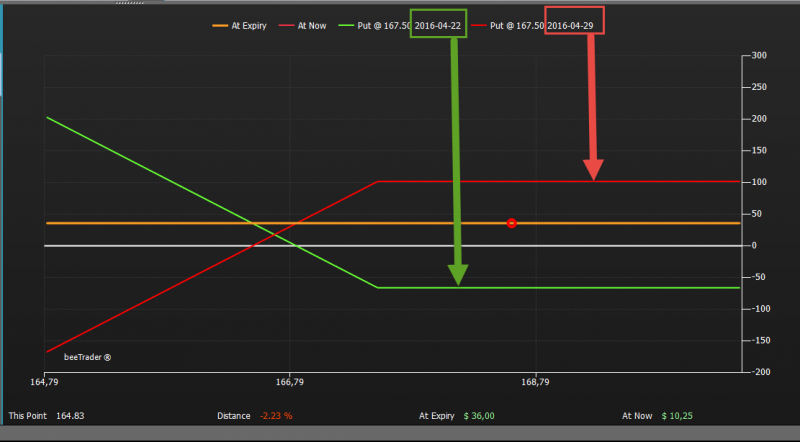 If we wanted to force the design to expire both options to the upper date it would become like the one in the following drawing: much more immediate to display with the only defect which is unreal because when the red option expires, the green one has been gone for some time, having expired 7 days before, as you can see from the legendary dates.

So if you see a Payoff with curved lines it is definitely composed of options with different expiration dates.