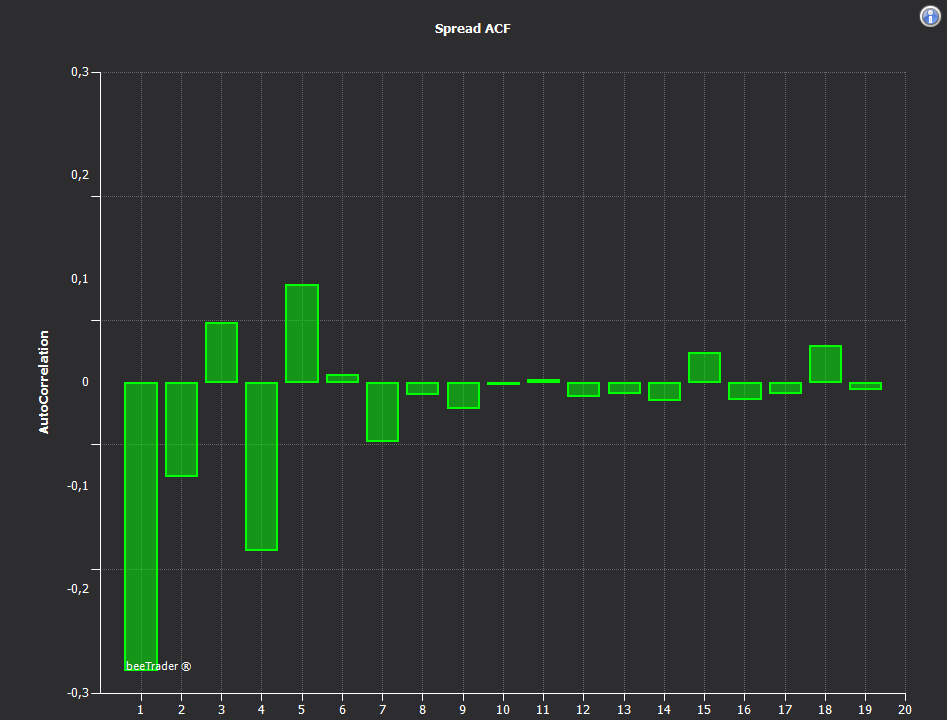 It is called Autocorrelation and is constructed so that each histogram represents the correlation value obtained by evaluating the close of the 1500 sample bars using this procedure:

Observing the histograms I will have to note low values (less than 0.5) and opposite values (negative and positive).

In the image we have the autocorrelation of a perfect couple.

What should I observe:

since this graph is calculated on the Z-Score, we would like to have: