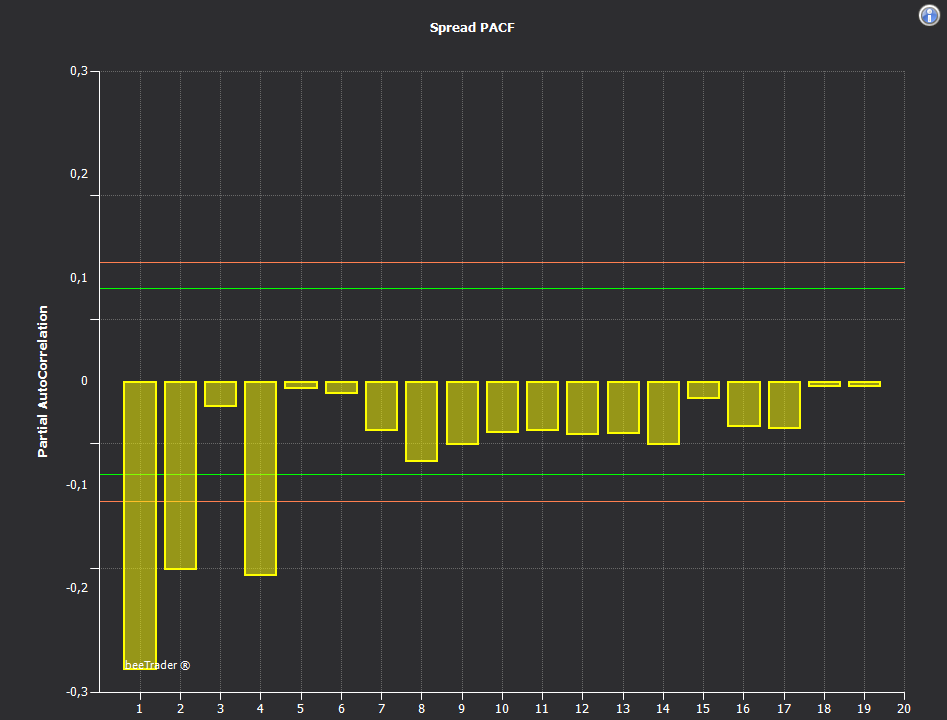 It’s called Partial Autocorrelation is built with the data of the previous one and each histogram represents the average of the differences between its histograms:

the second histogram between the first and third

the third histogram between first and fourth….

the 19 histogram between the first and 20

Observing the histograms I will have to note values that do not come from the red and green bands drawn in the graph.

What I have to observe: in the graph two pairs of horizontal lines are drawn representing the confidence levels at 95% and 99%. The observation of the histograms indicates that less often the confidence bands are touched plus the Z-Score graph will behave in a manner consistent with the strategy. Having positive and negative histograms is a good index.